There’s nothing we need less of in this world than yet another editor going on about the features and failures of whatever editing application they’re currently banging away on. Still, that being the case, I think I’ve kind of developed a crush on DaVinci Resolve 14, and apparently I need to tell you about it.

It all started because I finally buckled down and got to work learning Premiere. Having come to rely upon Avid Media Composer for years, and having experienced the pitfalls of using Final Cut Pro “Classic” on features, I’m in no big rush to learn something new. There’s enough to worry about when starting a new job without stressing over what key toggles the source/record monitor focus, and what paradigm is being employed for replace edit. There is value, however, in using a more common platform when working on smaller projects. A lot of filmmakers today can operate Premiere or Final Cut Pro X with some confidence — far fewer can drive an Avid with any degree of comfort. Maybe Media Composer First will change things, but I can’t see that being the case. Certainly not anytime soon.

I should confess that I’m pretty set in the idea that Media Composer is clearly the superior NLE for most scripted editing. Moving away from Final Cut Pro, begrudgingly accepting Avid’s proprietary model, I realized how much easier it made my life as an assistant editor. No longer did I have to lose sleep over projects corrupting simply by being too big, or employing some deranged “nesting” metaphor just to add timecode to an export. Editing in Avid yielded similar efficiencies as I learned to trim and refine with a new ease and fluidly. It was technology implemented in such a way that if used correctly, got out of it’s own way and let me focus on the actual job. Clearly this was an application that had benefitted from the experience of seasoned scripted film and television editors.

Despite my misgivings, I was somewhat excited to test the waters outside the world of Media Composer. In the intervening years since I had last used Final Pro 7 and now, Adobe has been making aggressive overtures into feature and television editing, including a series of events promoting the software at the Editors Guild (Local 700). There is buzz about there being a serious threat to Avid’s hold on Hollywood editorial. I was optimistic when I considered all the efficiencies this software powerhouse could have concocted.

Launching Premiere, right off the bat it seems like Premiere is actually working against my using dual monitors, a very common setup in professional editing. So I have to delve into the odd interface paradigm that Adobe borrowed from After Effects, an application with which I have less-than-fond feelings for, so it’s not a welcome association. My further impressions weren’t a lot more positive. I won’t bother to tally every grievance here, except to say that it seemed less the “Final Cut Pro 8” I was expecting and more an earlier, less industry-savvy version of FCP hybridized with After Effects and even some Photoshop. Yuck.

My dalliance with Premiere has yielded some unexpected optimism, but for a different NLE altogether. As Premiere is unable to import a sequence from FCPX, much to my frustration, I was forced to go through yet another application. Fortunately DaVinci Resolve was up to the task and imported the XML flawlessly. It was then even able to export another XML which I could bring into Premiere. But it got me wondering, now that Resolve includes its own NLE, why don’t I give it a shot? It’s unlikely to irritate me anymore than Premiere does, and it’s at least capable of importing common sequence formats.

What’s to like? For starters, it at least acknowledges that editors are likely to use two monitors and makes appropriate accommodations. With one click I was in a sensible dual monitor layout. Far more importantly, Resolve impressed with a clear understanding of the significance of trimming in the editing process. While both Premiere and Resolve claim to have robust trim tools (“dynamic trimming”, “asymmetric trims”) I found Resolve to be more fluid and functional in this critical area. For example, dynamic trimming in Resolve was reflected live in the timeline like Avid, and it presented a clear menu with needful trim functions. In Premiere, I was left digging for keyboard shortcuts for alarmingly common editing tasks. Resolve’s user interface, while more limited, seemed far more focused and professional than Premiere’s DIY approach. Admittedly, I haven’t spent very much time in either NLE, so these are just initial impressions. But I can say this much already, if ever there was a worthy successor to Final Cut Pro 7, for better or worse, Resolve 14 is it.

A few years ago when Blackmagic announced that they’re building an editor into DaVinci Resolve, I have to admit I thought it was kind of ridiculous. Typically when an application tries to ingrate more than one discipline it’s a sign of amateurism, even desperation. However, the way the apps play in Resolve is surprisingly focussed and distinct. In my tests jumping over to the newly integrated audio application, Fairlight, I was able to deftly apply a ring out. When I was done I simply clicked a button and I was back in my NLE. But otherwise these various methodologies don’t intrude on each other like they do in some other applications.

While I can’t say that Resolve is already a better editor than Media Composer, I certainly think it shows far more promise as a successor to Final Cut Pro 7 than Premiere. That assertion doesn’t seem to be lost on Blackmagic, who’ve made a video on going from FCP 7 to Resolve. It’s also the first NLE I’ve seen in years that has me excited about the possiblilities well-engineered, consciously-applied technology can bring to the editing process. I’ll certainly embrace anything that will get out of the way and allow me closer to the cut.

Despite my misgivings I’m sticking to Premiere just for now. It’s only fair to get to know it a bit better before making any lasting judgements. But I’m keeping an eye on Resolve, and I’d encourage anyone to give it an audition of their own, especially if they have any experience with Final Cut Pro 7. 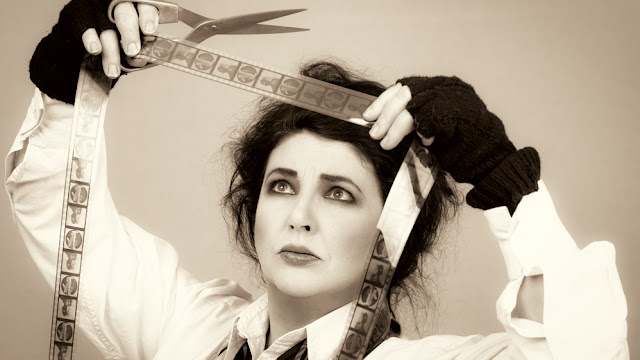